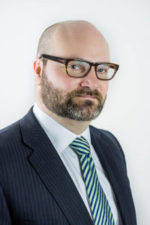 The matter is now remanded to the Federal District Court in the Eastern District of Washington.  The Ninth Circuit Court of Appeal’s opinion can be found here.